As soon as I made the decision to leave and started thinking of what to pack for my 12+ months journey, I already began learning things.

Sure, “pack lite” but that’s a given statement, not a formula.

Initially I underestimated how difficult it would be to only pack what I considered to be the bare essentials. Although I’ve always tried this  concept each time I took vacations, 100% of the time I would end up with a suitcase load of crap with more than half the items never being  used.

Not only that, I underestimated how much space a pair of jeans or a pair of jacket takes up when stuffed into the backpack. This becomes a problem when you know that you’re stepping into the  Himalayan winter right after South East Asia.

The break-through came when I met a guy from one of the camping stores who mentioned that his favourite fabric to wear is Merino Wool. Naturally I have no interest whatsoever about fabrics, but after researching more about this Merino Wool, I learnt that they are naturally anti-microbial, fast drying, lightweight, packable, and great for temperature control in both hot and cold climates.

What this meant was, I don’t need to wash as often as cotton or synthetics since it will not build up smell, lightweight so it won’t add on weight, packable so it takes less space, dries fast since it wicks out moisture in vapour instead of liquid form, keeps me cool in warm places but warm in cold places. Simple right? But I never knew about these things and how this could significantly reduce the amount of clothes I’d need from 7 or more T-shirts to like 3. More importantly, it motivated me to research on almost every clothing materials out there, their effects, the science behind performance, ultimately making me better at picking the most essential items to bring. Not just clothes, but bags, towels, shoes, and packing cubes.

So, the ski jacket was out, the cotton hoodies were out, the synthetic T-shirts and underwears were out. All items that I initially planned to pack was becoming less and less essential, all thanks to the discovery of Merino.

3 thoughts on “1 year travel with a 40L backpack? It’s not as hard as you think if you know this one advise. maybe.” 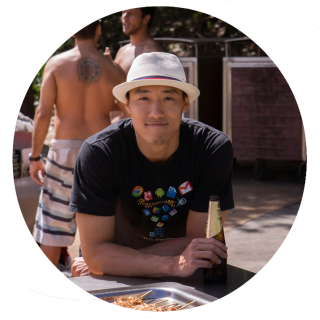